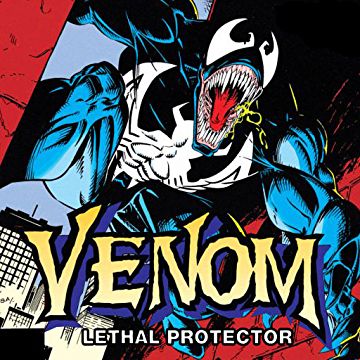 The Comic-Con Experience in Brazil over the weekend has proven surprisingly fruitful in terms of news. The latest comes from Sony Pictures, who were on hand and dropped some info on their upcoming Venom movie, the one starring Tom Hardy and is expected to launch an entirely new universe, one without Spider-Man but featuring a bunch of his supporting players. So basically, the Venom-verse.

Director Ruben Fleischer was there via satellite, and he revealed the plot would be based on two popular Venom storylines from the comics. The first is 1993’s Venom: Lethal Protector, which I remember for the fabulous Mark Bagley artwork running through the six-issue story. Basically it saw Spider-Man and Venom deciding to call a truce, with the caveat being that Venom can no longer commit crimes. This saw Venom leave New York City for San Francisco, where he and Spidey teamed up against a bunch of symbiote offspring. The live-action movie will also take place in San Fran, so this makes sense.

The second is Planet of the Symbiotes, a 1995 storyline that ran through the Spider-Man comics at the time. It saw Spidey, Venom, and Scarlet Spider (don’t ask, it’s a long story) teaming up to face an invading army of alien symbiotes.

I think we get a pretty good idea of the plot of the movie then, don’t we? A newly-created Venom battles others just like him, proving himself a hero. Or antihero. Whatever. Just don’t expect to see Tom Holland’s Spidey to come swinging by to help, so there will need to be some adjustments made to both of these stories. Perhaps Venom will have a new heroic partner to fight alongside?