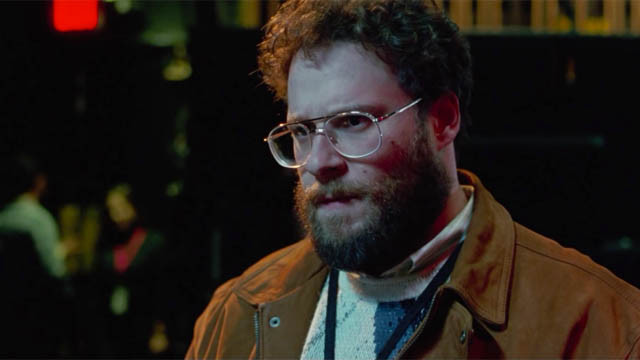 It’s a Pineapple Express reunion, but perhaps not the one you were expecting. We’ve seen Seth Rogen dabble in drama before, and play a real-life figure, recently in Steve Jobs. Well now he’s about to do it again as one of the country’s most trusted reporters, Walter Cronkite, in a new movie directed by David Gordon Green.

Rogen will play Cronkite in Newsflash, which Green will direct from a Ben Jacoby script. The story takes place right around the time of John F. Kennedy’s assassination, and that heartbreaking moment we’ve all seen when Kronkite delivers news of his death to a nation waiting on bated breath. This all went down against the backdrop of office politics as some were looking to axe Cronkite and the entire news division.

Also being sought for roles are Bryan Cranston as CBS president Jim Aubrey, who was known as the “Smiling Cobra” because he could brutally make decisions against those he liked. Mark Ruffalo is being sought for the role of Don Hewitt, Cronkitte’s producer and creator of 60 Minutes.  The plan is to shoot in the spring and have the film ready by November 2018, the 55th anniversary of JFK’s death.  [Deadline]