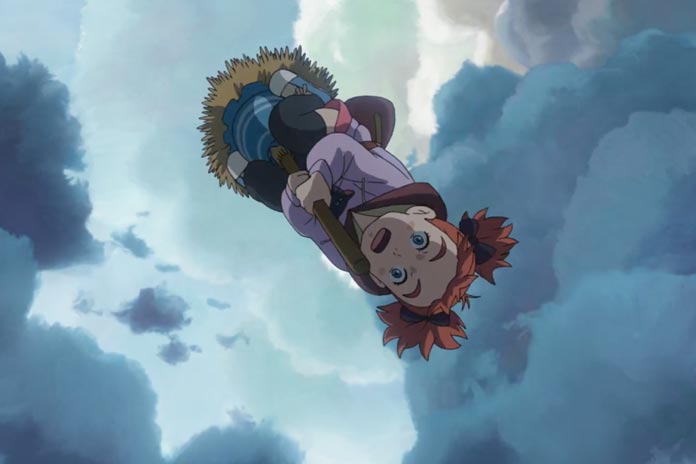 While Studio Ghibli and the legendary Hayao Miyazaki are to re-emerge soon after a brief hiatus, the torch has been picked up by the animators at Studio Ponoc, which is made up of many former Ghibli employees. Their upcoming film Mary and the Witch’s Flower was already a big hit in Japan, and because we always tend to get anime movies around the beginning of the new year it’s finally our turn.

A new U.S. trailer features voicework from the American cast, including Ruby Barnhill (The BFG), Kate Winslet, Jim Broadbent, and Ewen Bremner. Directed by Hiromasa Yonebayashi, who previously helmed the excellent films When Marnie was There and The Secret World of Arrietty, the story follows a young girl who has one adventurous night gifted with the power of a witch. Here’s the synopsis:

Mary is an ordinary young girl stuck in the country with her Great-Aunt Charlotte and seemingly no adventures or friends in sight. She follows a mysterious cat into the nearby forest, where she discovers an old broomstick and the strange Fly-by-Night flower, a rare plant that blossoms only once every seven years and only in that forest. Together the flower and the broomstick whisk Mary above the clouds, and far away to Endor College – a school of magic run by headmistress Madam Mumblechook and the brilliant Doctor Dee. But there are terrible things happening at the school, and when Mary tells a lie, she must risk her life to try to set things right.


There’s rarely a lot to look forward to in the junkpile of January, but Mary and the Witch’s Flower looks great and is at the top of my list of things to see. The film opens on January 18th.