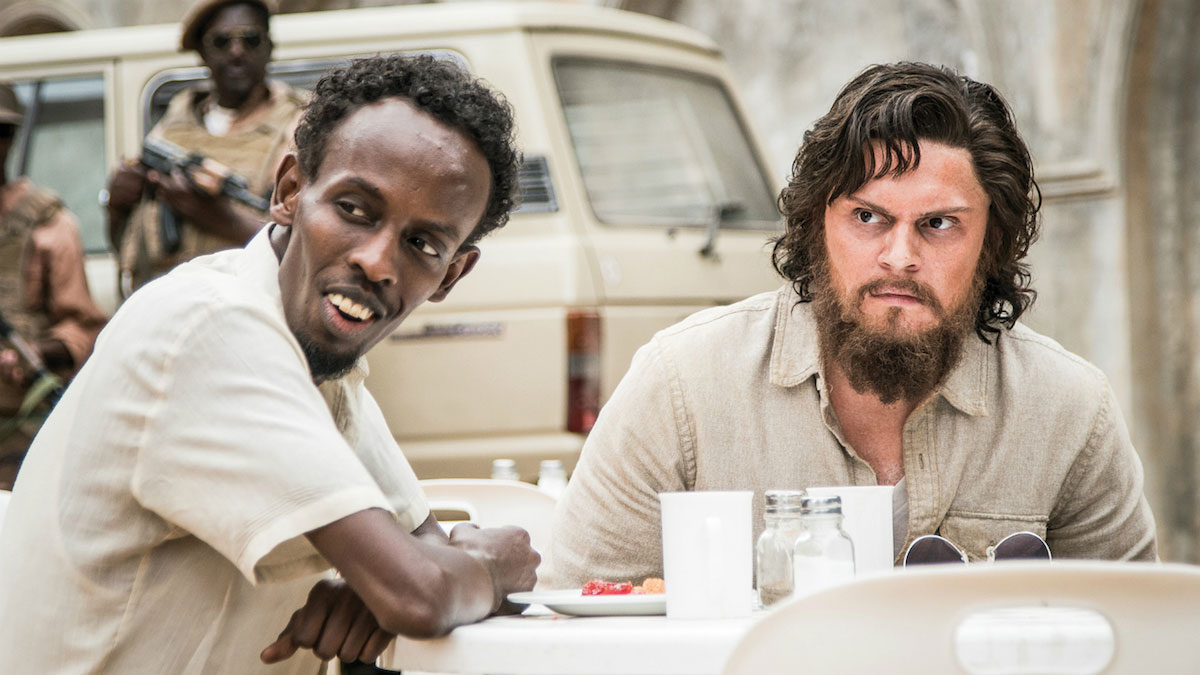 Wait, I thought the whole “Somali pirates” phase was done? Hollywood is still making movies about them? A few years ago we hit a sudden wave of them with A Hijacking, Captain Phillips, and Fishing without Nets, but I guess when the story is as strange-looking as in The Pirates of Somalia, it’s okay to give them one more go.

Directed by Bryan Buckley, who directed the critically-reviled gymnastics comedy The Bronze, (seems like an odd hire, right?) The Pirates of Somalia stars a fuzzy Quicksilver…er, Evan Peters, as a journalist who is inspired by his hero to drop everything and investigate Somali pirates. The film also features an appearance by Al Pacino, who looks to be dialing it in during his brief cameo, and co-stars Barkhad Abdi, who earned an Oscar nomination for Captain Phillips. While the tone of this one is all over the place, it’s actually based on a true story chronicled in Jay Bahadur’s book, The Pirates of Somalia: Inside Their Hidden World.

Here’s the synopsis: When rookie journalist Jay Bahadur (Evan Peters) has an inspiring chance encounter with his idol (Al Pacino), he uproots his life and moves to Somalia looking for the story of a lifetime. Hooking up with a local fixer (Barkhad Abdi), he attempts to embed himself with the local Somali pirates, only to find himself quickly in over his head. The Pirates of Somalia tells the incredible true story of one reporter’s risk-taking adventure that ultimately brought the world an unprecedented first-person account of Somali Pirates the first close-up look into Somalia’s rich culture.