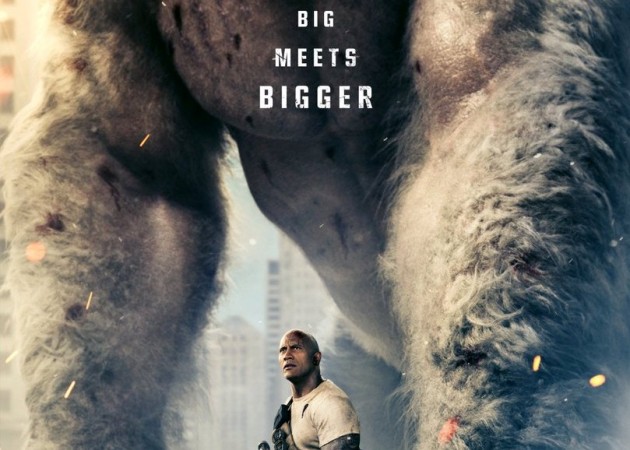 For a very long time now I though Dwayne “The Rock” Johnson could do no wrong. Seriously the guy could make anything he appeared in seem fun, that electric charisma you can’t help but to enjoy watching. Obviously when a big screen adaptation of the classic arcade game Rampage, where you play either a generic Kong, Godzilla, or random wold character and destroy cities, was announced my thought was, “Sure, is anyone can do it, it’s the Rock. I’m not sure where I stand on that now that I’ve seen this trailer. On one hand it seems like pure popcorn gorgin’ summer blockbuster entertainment. On the other hand they brought in this angle where the People’s Champ is apparently a zookeeper and his best buddy is George, the Gorilla that get’s mutated into a Kong-like destroyer of world’s. It’s one moment in particular, when George is being shot at by the army and Johnson screams out “GEOOORRRGGEEE!”…i don’t know why but that 5 seconds of film just dropped my faith a few rungs.

Extra points to Jeffery Dean Morgan who appears to have inhabited Negan so deeply that it will just be his de facto persona from now on…you know what? I’m ok with that!

No matter the details, at the end of the day we have a movie here that most of the general public will dig for the ability to check out of their heads for 2 hours and watch some giant animals bang some stuff up!

Rampage Knocks Down Your Block on April 20th, 2018