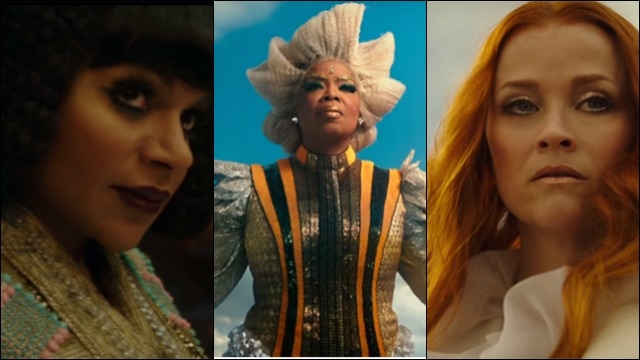 Ava DuVernay is making history wherever she goes. With A Wrinkle in Time, a film that Hollywood has been wanting to make for years, she becomes the first black female director with a budget of such magnitude, reportedly over $100M. It’s a sad commentary on how things have been, but also hopeful that things have begun to change. But besides all of that historical and social stuff that is attached to this film, it just looks flat out amazing, fantastical, cosmic, outrageous, and most of all fun.

The new trailer gives us a deeper look at the celestial beings Mrs. Whatsit, Mrs. Who, and Mrs. Which, and a bit more of their background along with Meg’s.