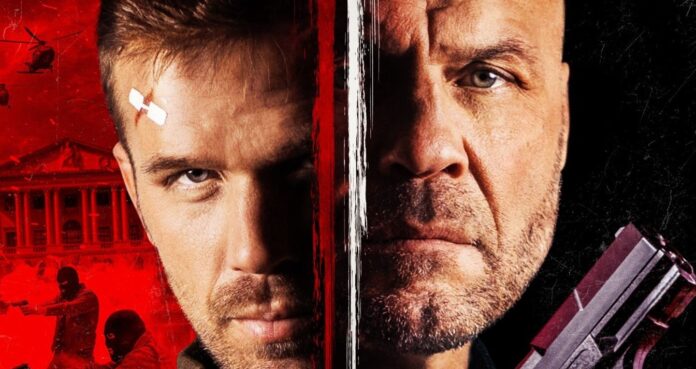 After planning a perfect heist, Nick is ready to score. One problem, his girl and the crew, have other ideas. They take Nick down in a hail of bullets but Nick doesn’t die and in a race for his life, seeks revenge one target at a time.

Tibor Takács‘ Blowback is another film that we can all add to the list of movies that make us go “How in the world was that only ninety-something minutes long? It felt like two hours or more!”. Unfortunately, if you are an avid movie watcher, you know all too well just how many films that are exactly like this, especially within the action-thriller genre. Why can’t these films just get straight to the point? Or, more importantly, why don’t these action films actually have good action sequences? Why is there no tension present?

Here, a lot of it is definitely due to poor direction from Takács, who is known for directing extremely cheap films that haven’t been received too well by viewers to say the least. Similar to his other efforts, Blowback feels so much like the result of what would happen if Hallmark made an action film. You may hear me say that and want to watch it just to see how crazy and outlandish it is, but trust me, you really don’t want to see this.

Yes, there are far worse movies out there, but Blowback is easily one of the most generic flicks of the year so far. It’s filmed incredibly poorly, is badly directed, and features a script that basically tells the same old story that we’ve seen done before millions of times. Sometimes, action films can have familiar plots but still wind up being entertaining if the action itself is well-handled, but unfortunately, the action on-screen here is plain old terrible.

There’s way too much shaky cam involved for any of us to actually see what’s going on, and even in the scenes where the camera is more locked down, everything just feels so bland and thrown together. Blowback also contains some of the dumbest lead characters you’ll see in a movie all year, particularly Nick, portrayed by Cam Gigandet in a genuinely decent performance in an otherwise awful movie.

He doesn’t pick up on suspicious things that anybody in their right mind would notice, and what’s even crazier is the fact that this film was written by four different people, meaning nobody involved in the writing team cared to maybe fix that which is just crazy. Because of just how utterly clueless he is, you instantly hate his character, even if Gigandet does his best with the script he was provided with.

Randy Couture portrays the villain of the film, Jack, and while he definitely does look physically imposing and menacing, his character here is outrageously bland and underdeveloped to the point where he barely even feels like a presence in the film. It’s disappointing to see such a badass actor get this kind of script handed to him.

Blowback is an outrageously formulaic and bland action-thriller, featuring some of the worst directing of the year and characters that are unrealistically clueless.