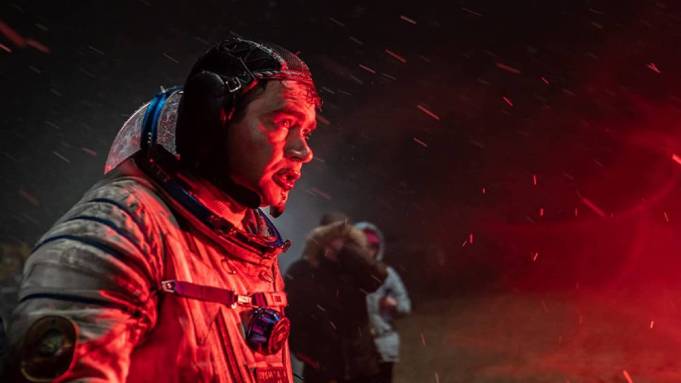 Egor Abramenko’s Sputnik is a drastically different movie than the one I was expecting it to be. Once I heard it was a Russian alien film set in the 1980s, for some reason I was worried it was going to be a strangely corny and goofy take on the whole alien subgenre of horror. Gratefully though, this is a surprisingly serious film that touches on themes of grief and fear. It shows us how going through a traumatic experience can change somebody for worse and how it can eat us alive.

That’s without a doubt the greatest strength that Sputnik has. It tells a relatively grounded and interesting story of a man whose spacecraft crashes down and is the only survivor of the incident. Some sort of strange creature was there when it happened, and is now somehow physically inside the man’s throat. When he pukes it up in the first ten minutes or so, his behavior starts to change. He has mood swings and his social skills have weakened immensely.

It does an excellent job of displaying how a person can seriously change after going through a horrific experience. Watching Konstantin’s behavior throughout was always entertaining and a large part of the reason why was due to Pyotr Fyodorov’s mysterious and quiet performance. Sometimes he expresses emotions with just his face and it leaves you wondering who his character really is.

Although Fyodorov is quite strong in the movie, the big standout here is without a doubt Oksana Akinshina, who portrays the lead protagonist Tatyana Yuryevna Klimova. She feels like a force to be reckoned with here. Much like Konstantin, she doesn’t say a whole lot in the movie sometimes, but when she does, it’s always interesting to hear. Her facial expressions speak louder than words and as a whole, her performance was riveting.

All that being said though, Sputnik is not without its faults. Every once in a while, the film comes to some halts. There are several instances in which we watch a scene that is intense and white-knuckling, but then we transition into another and it is nowhere near as entertaining or intriguing. The first act was remarkably suspenseful and had an extraordinarily creepy atmosphere that lingered with me. It carried beautifully over into the second act as well, but the third act can be a little repetitive of the film’s earlier scenes and it can eventually get somewhat stale.

The biggest problem with the film as a whole though has to revolve around the alien creature seen throughout. There was just simply not enough of it. I was really hoping to get some horrifying sequences with it, but we never get that. The creature isn’t all that big and doesn’t get a lot of time to shine here. It’s more or less a character drama about Konstantin and Tatyana more than anything, and that’s okay. Would it have been nice to see a bloody creature feature? Absolutely. But when a movie is this well directed with some truly powerful performances at its core and an incredibly creepy atmosphere, I honestly can’t complain too much.

Review: ‘The Killing Of Two Lovers’