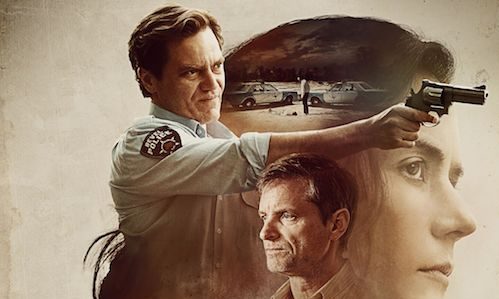 It’s always nice whenever a movie comes along that gets viewers on the edge of their seats. So far this year, we haven’t really had that many aside from the terrific Leigh Whannell horror-thriller The Invisible Man just this past month.

But it looks as though we won’t have to wait much longer to watch another (hopefully) good thriller, as the first official trailer for Scott Teems’ The Quarry has just been released, and it seems to promise a gripping story, led by the trio of Michael Shannon, Shea Whigham, and Catalina Sandino Moreno. Based on that it’s a little surprising there isn’t more buzz.

The film follows a mysterious new minister that takes up residence at a rundown church in a quiet Texas town. Despite the growing suspicions of the townsfolk – the hardened local police chief, the drug-dealing brothers caught in the chief’s cross-hairs, and the mournful woman who keeps up the church – the congregation grows.

The Quarry is scheduled to be released theatrically and on-demand, on April 17, 2020.