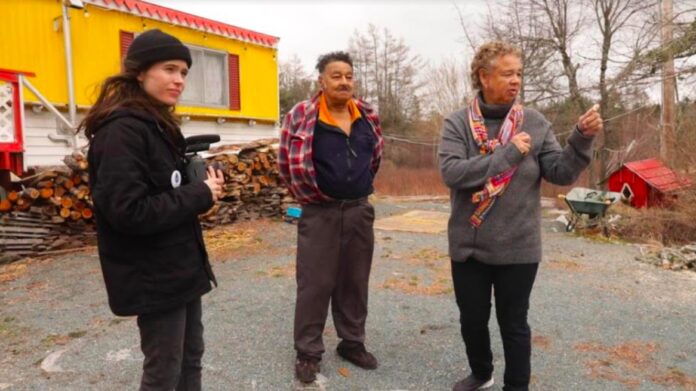 Ellen Page brings attention to the injustices and injuries caused by environmental racism in her home province, in this urgent documentary on Indigenous and African Nova Scotian women fighting to protect their communities, their land, and their futures.

When it initially premiered at the Toronto International Film Festival (TIFF) on September 8, 2019, Ellen Page and Ian Daniels’ There’s Something in the Water was met with a wave of acclaim from critics, with many calling it a deeply moving and important documentary that is timely and thought-provoking.

Since I was not able to attend TIFF in 2019, I was wondering when I would be able to see Page and Daniels’ documentary to see if it really was worth the hype. It’s been a long time since I have watched a documentary – probably months ago to be honest. But I’m glad that I’m getting back into them now because There’s Something in the Water is most certainly a shockingly disturbing and emotionally riveting documentary that has a lot to say and handles almost all of it in a satisfying and thrilling way.

As any great documentary should, this is a film that consistently jumps between various different people that were impacted in some way by the ongoing issues that surround them. In this case, it is the environmental racism and water crisis’ that has been a problem in the world for several years now.

Every single person that the filmmakers’ interview has a sense of raw emotion to them and you can feel the hurt and pain seeping off of them. As a result, it does make the movie hard to watch, which is the point. When watching a picture relating to issues like this, you’re not supposed to feel at ease and comfortable, and in this case, I most certainly felt disturbed and disgusted.

Whether its individuals that were personally affected by these environmental problems or individuals that know other people that were affected by this, they all feel like it is their responsibility to speak out and make a change. It’s not only emotional and riveting to watch, but it has a sense of urgency behind it that will stay in your head long after the credits roll.

Although the first twenty minutes or so were a bit slow, it definitely picks up immensely afterward. For the first little while, it felt a bit unknown as to where this movie was ultimately going to go, but once you find out what Page and Daniels set out to do, it becomes a powerful, strong, and important documentary.

There’s Something in the Water greatly succeeds at being an important and deeply powerful documentary with plenty to say.